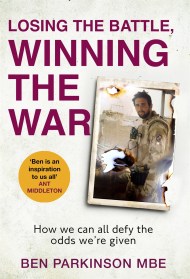 Losing the Battle, Winning the War

'A great and inspiring book from Doncaster's bravest son. Read it in a day' - Jeremy Clarkson 'Ben is the embodiment of positive thinking. What…