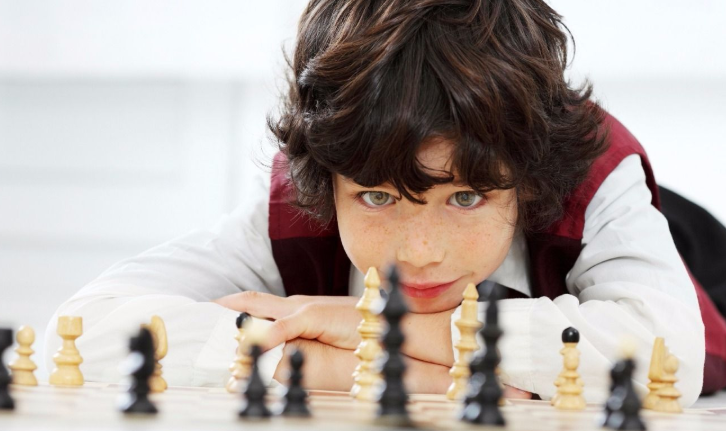 1) What are the pieces and how do they move?

Each player starts with eight of these. On the very first move, you can go forward either one or two squares. After the first move, pawns can only move one square forward and can only capture by moving one square diagonally forward. When they get to the end of the board, they can turn into Queens.The Rook (shaped like a castle tower):

Each player has two rooks, which start in the corners. They can move forwards, backwards and sideways as far as they want as long as nothing is in their way.

Each player starts with two bishops. They can move diagonally on the chessboard as far as they can go.

Each player starts with one queen. She can move forwards, backwards and sideways (like The Rook) and diagonally (like The Bishop).

The Knight (shaped like a horse): Each player starts with two knights, which moves in an ‘L’ shape. You move two squares forwards, backwards or sideways like a Rook and in the same movement, then one square around the corner. The knight is the only piece that can jump over other pieces.

Each player has one king. The king moves just one square at a time in any direction. He is the most important piece of the game and needs to be protected.

2) Do the pieces have value?

Yes, lots! It’s important to make sure you have a bigger, stronger pieces than your opponents.- Most of the Pawns are the weakest, so only worth one point. – The Knight and Bishop are both worth three points. – The Rook is worth five points – The Queen is worth nine points and is the most powerful piece on your board.- Kings are priceless and have to stay safe at all times, in case he gets checkmated.

3) What do check and checkmate mean?

If your king is under attack from your opponent’s pieces, this is known as ‘check.’ There are three ways of getting out of check: – Moving your King to a safe square- Block with another piece, although this will not work for Pawns and Knights- Capture the piece that is checking youIf you reach a position where the enemy King is in check and cannot get out, you have won. This is known as ‘checkmate.’ If you checkmate someone in four moves, this is called ‘Scholar’s Mate.’

This is when your game ends up a draw. There are several ways this can happen:- If you are not in check and cannot move your King or any other of your pieces- When each player is left with a King, as Kings can’t check each other. If they were on squares next to each other, they would both be in check- You’re left with a King and Bishop against a King or King and Knight. It’s impossible to get checkmate

5) How many types of checkmate are there?

6) What does Castling mean?

This is the only move in the game where you can move two pieces at the same time but there are some rules:- You can only castle if your King and Rook have not yet moved- You cannot castle if you’re in check or if your King would cross a square which is attacked by an enemy pieceThe King moves two squares towards the rook he intends to castle with and the Rook then moves to the square through which the King passed. If the King castles queen-side, the Rook must move three squares, but if he castles king-side, the Rook only moves two

No.  You should stop and think about every move very carefully. When you’ve thought of your move, double check it’s the safe one to do and that you won’t get captured by your opponent. Always try to think of two moves and decide which one is best, rather than just playing for the first one. Chess is a slow, intellectual game that needs lots of time, effort and patience.

For more information read Chess For Kids: How to Play and Win by Richard James.