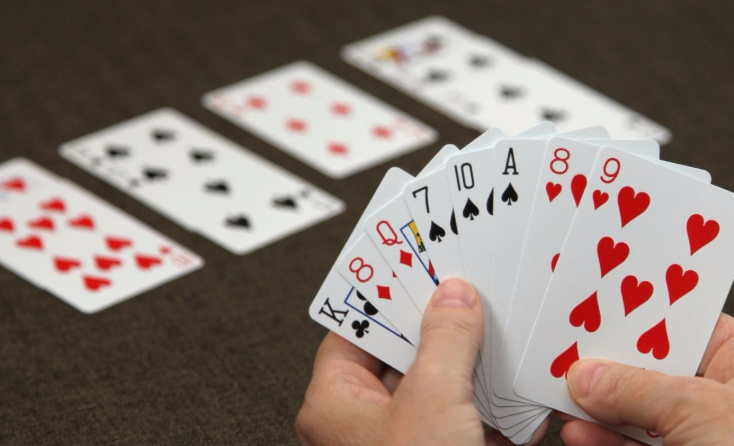 Always wanted to learn to play bridge? Well, now you can, because learning bridge is really easy, particularly with the help of a bridge tutorial! A bridge lesson for beginners could be all you need to learn how to play this amazing game, so read on for nine easy steps that’ll help you win the game!

1)  Find four players. Using a full pack of 52 cards (take out all the jokers), shuffle and start dealing from the left, facedown and in a clockwise position.

2)  Without showing anyone, sort your cards out by grouping all the suits together.

3)  Look at your cards and add them up to see if you have a good hand. Picture cards only are allocated points as below:
Ace – 4 points
King – 3 points
Queen – 2 points
Jack – 2 points
Suits also have a ranking order, as below:
Spade – The highest
Hearts
Diamond
Club – The lowest

4)  Once you know your hand, place a card face up in the middle of the table. The player to your left must then place a card of the same suit on top and so forth until all the players have placed one card of the same suit on the table.  (If you can’t play a card in the suit, play a low card from another suit. This is called discarding). The player who puts down the highest card (in bridge, ace is highest and two is lowest) wins ‘the trick.’ They then pick up all four cards and place these in front of themselves. This process is repeated twelve more times, until all the cards in the pack have been played.

5)  The player who won the first trick then leads the first card for the next trick. This can either be the same suit as before, or another one. Usually, the hand that has the most points will win the most tricks.

6)  Bridge is a partnership game, so the person sat opposite you on the table is your partner. If your partner has already won the trick for your side (a higher card then your opponents), you do not need to lay down a high card. Whoever wins the first trick out of the partners is the player who picks up all the cards. That way, there should only be two people picking up the cards throughout the game – one between you and your partner, and one between your two opponents.

7)  Arrange your cards and add up your points, discussing with your partner how many points you have between you (there is a special ‘bridge language’ or code you would normally use, but as a beginner, a simple discussion is fine). The partnership with the highest points then chooses which suit they want as the master suit – or trump suit. This is the suit between you of which you have the most cards. It doesn’t matter if these are high or low, just as long as you have a lot of cards of the same suit – preferably eight. A trump suit will help you when you have no cards of the suit that is being played by your opponents. However, you don’t have to play a trump suit.

8)  Remember the contract. This is when one of the partnerships (either your own, or your opponent’s) announces how many of the thirteen tricks they will try to make. Failure to reach that number comes with penalties:
–  No points for your side
–  A penalty score going to your opponents

9)  Whoever lays the first card down, should speak to their partner and work out who will play the ‘declarer’ and who is the ‘dummy.’ During one point in the game, the dummy places all their cards face up on the table in neat rows of suits for all the players to see. Now everyone on the table will see half the deck. The dummy no longer takes part in the hand and the declarer now plays cards both from his own hand and from the dummy’s hand.

For more tips and tricks on how to play Bridge, read Bridge for Complete Beginners: the essential guide for those new to the game (£6.99, Robinson) by Paul Mendelson