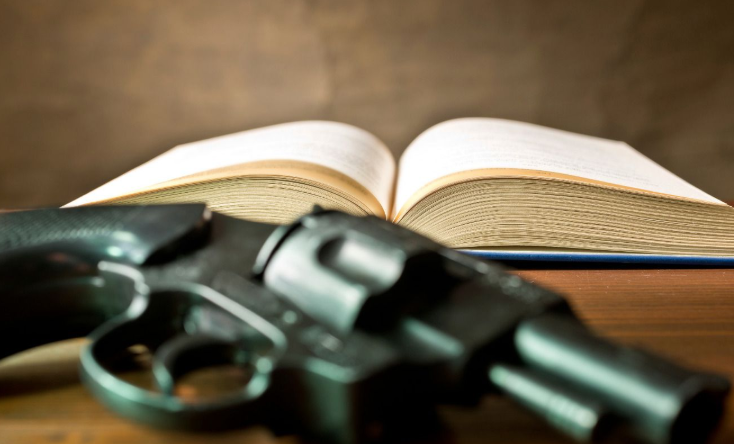 Writing fiction, especially crime fiction, isn’t something you learn how to do by following instructions, like a recipe book or manual. It is more a creative work of art that comes straight from the heart. It is something that is planned over a long period of time, takes a lot of effort and hard work, but is something that ultimately becomes a page turning thriller, which readers won’t want to put down. Whilst this isn’t easy to achieve, it doesn’t take a lot to become a writer. All you need is a good plot, interesting characters and a strong passion. Ever thought about taking up a writing course? Do it! That creative writing dream of yours could soon turn into the next bestseller. What are you waiting for? Pens at the ready and get writing that crime story!

i) Is it a cosy?
This where a confined world is described, along with a trustworthy character and a violent crime, but rather than the violence being the point of interest, it is the puzzles surrounding it.
ii) Is it about a consulting detective?
The ‘world’ of this book is much more fluid and flexible, and the consulting detective is a bit of a character, in that they play by their own rules and do their own thing.
iii) Is it concerned with hardboiled crime?
A hardboiled detective needs to be a development of the figure of the consulting detective, but is a little darker. The writer needs to establish that the reader can trust this central character and sort through the chaos and confusion of the crime to put it right.
iv) Is it a noir and thriller genre?
For both of these genres, the central protagonist (who the reader relies on to solve the mystery) is not very nice, pleasant or reliable.  The hero or heroine is often tormented and tarnished, and the world in which they live is dark and often brutal.

Keep readers on their toes using different times, different places and red herrings. Readers can also delve into the different experiences each character goes through, as if they are there living it with them.

Most of what happens in the unfolding and solution of true crime, however terrible, is actually really rather boring and so you need to make sure you’re only giving the reader the interesting bits – i.e. the bits that will keep them turning those pages, so they’re not being bogged down by facts, stats and so forth. Include shocking acts, for example ‘a man used a saw in the bedroom of his home to dismember someone he had drugged and murdered’, rather than ‘a man sawed off a woman’s arm.’ Readers want to know what happened and why.

4) Work out the plot

Once you have worked out your main protagonists, the next important task is to work out what happens and why it is mysterious. The plot has to hang together, all the clues need to be available to the reader and make them second guess, gasp with excitement and surprise them with what is happening next.

There are too many to choose from, but you need to work out why it is a mystery to people, how can it be hidden and then revealed to the reader. Diversions, distractions and anything else must be put in place to lead the reader through a maze. Write clear maps, notes and grids for yourself on what happens when, who does what to whom and who reveals what in the puzzle. After all, only you hold all the answers.

Start with five areas and see where they take you…

ii) Who’s involved
–  Write a list of central characters – who they are, where they function, what they do in terms of plot, what they know about the crime and how the reader learns about what they know

iii) Location
– Write down where the crime takes place, because regardless of whether it is fictional or a real place, you need to have an idea of the physical place where your characters are involved
– Write down how each place is related to the next place, how it is possible to move between them and how long it would take

iv) Timeline
– Working backwards from the end, engineer the timing of the events

v) Red herring
– Plan all the clues and false trails that will be scattered throughout the book. These need to be done so it is not obvious to the reader when reading the book, but they’re evident to them once they have finished it and are looking back

7) Get the voices right

Getting your characters to talk to each other can be tricky. More often than not, it is easy to make them sound wooden, stilted and unconvincing. Try to establish how the characters will speak, first in your head and then on the page.
Think about the following before writing, and their distinctive voices should become clearer:
–  What is the time in which they’re speaking?
–  What is their social class?
–  Do they have an education and if so, what level is it?
–  What is their personality like?

For more help and advice, read: How to Write Crime Fiction (£9.99, Robinson) by Sarah Williams.