Misuse of alcohol is a very common problem, and it can have long-term effects on your health, career and family life. This article will help you answer the question, ‘When does drinking alcohol become a problem?’.

People drink alcohol for a range of reasons and in vary­ing amounts, primarily because they like the taste and the effects of alcohol and because drinking is a social activity – it is seen as harmless and entertaining. We use alcohol to toast a celebratory occasion or drown our sorrows, and throughout the UK almost every person has access to a local pub or bar. We are surrounded by images of people enjoy­ing drinking – in newspapers and magazines, on television, on advertising hoardings and at the cinema. The Office for National Statistics estimates that some 90 per cent of the UK adult population consume alcoholic beverages on a regular basis, making consumption of alcoholic beverages second only to watching TV as the nation’s favourite leisure activity.

For most adults it is a well-established and acceptable part of their life. For a large minority, however, alcohol has the potential to ruin lives. In fact, at any given moment there are at least three to four million problem drinkers in the UK, of whom around 35,000 will die every year due to alcohol-related problems. This is almost twenty times more than deaths caused by the misuse of all illegal drugs put together.

So when does drinking alcohol become a problem? Well, the answer is straightforward:

If your drinking causes you or someone else problems, in any area of your life, that drinking is problematic. Drinking may cause problems with health (both physical and mental), finance, work, the law, friends and relationships.

This simple proposition implies that a drinking problem is not determined by fixed amounts of alcohol or set timings, but is rather a question of negotiation. Negotiation by the individual with himself or herself, family, friends, peers and society as a whole. The idea of negotiation can be illustrated by two classic examples.

Thirty years ago, our ability to drive after consuming alcohol was assessed by our capacity to walk in a straight line. This has been renegotiated by society and it is now determined by blood alcohol level. If this exceeds a specified amount we are automatically deemed unfit to drive.

Preoccupation with alcohol – a person with a drinking problem will think about alcohol to a greater or lesser extent during the course of the day. Questions such as ‘When will I have my first drink?’, ‘When will I have the next?’, ‘Will the Millers drink?’ will be common. These thoughts will usu­ally cause distress and interfere with normal functioning, and might also prove difficult to resist or disregard.

Guilt – the reminders could be many: a dented bumper, a colleague’s friendly advice, a partner’s pleas and tantrums, the puffy eyes and blotchy skin.

Negative emotions – a drinking episode may be followed by a marked lowering in mood and/or an increase in anxiety. These same feelings may start to occur during hangovers and intermittently during the drinking period itself, especially if the drinking is heavy and continuous.

If alcohol misuse habits go on long enough, medical prob­lems are very likely to emerge. These might take from a few weeks to several decades to develop. In exceptional circumstances some lucky drinkers may never be affected. It is possible for someone to consume a tremendous amount of alcohol, perhaps three bottles of whisky a week for twenty-five years or more, and yet to die a natural death, with brain, liver, pancreas and coronary arteries appearing normal. But the odds are strong that something will give. In fact, on average, drinking too much alcohol will reduce life expectancy by anything between ten and fifteen years. No part of our body escapes the effects of alcohol. Alcohol is a toxic drug and thus a poison to our bodies. Short-term effects of excessive drinking include upset stomach, diar­rhoea, anaemia, dry skin and pins and needles; long-term effects include problems with attention, learning, thinking and memory, cancer (of the mouth, throat, breast, pancreas and liver), gastritis, ulcers, acid reflux, pancreatitis, hepatitis, cirrhosis, foetal alcohol syndrome in pregnant women and impotence in men.

Physical dependence on alcohol will manifest as with­drawal symptoms when decreasing or stopping drinking. A number of signs may suggest that a person may be physically dependent on alcohol. These include daily drinking, drink­ing regularly and intermittently throughout the day, and drinking in the morning. Awakening with fears, trembling or nausea are also suggestive of dependence. Furthermore, ces­sation of or substantial decrease in drinking will result in the appearance of minor withdrawal symptoms such as tremu­lousness, nausea, vomiting, irritability and temperature. Such symptoms usually begin within five to twelve hours. More severe withdrawal symptoms, such as seizures, delirium or hallucinations, may also occur, usually within twenty-four to seventy-two hours of the cessation of drinking.

Crime (violent crime in particular), absenteeism, accidents and unemployment are all telltale signs of alcohol misuse. In the UK, alcohol intoxication is involved in two-thirds of sui­cide attempts and more than 50 per cent of fire fatalities and homicides. It is also involved in 40 per cent of deaths through drowning, 40 per cent of serious head injuries and 30 per cent of domestic accidents. About one in six drivers involved in road accidents have blood alcohol levels above the statutory limit. Days lost from work because of alcohol-induced sick­ness are estimated to be in the region of a staggering twelve million per year. The social and financial cost of alcohol mis­use is around seven billion pounds per year in the UK.

How Does Alcohol Misuse Develop?

There are no records of individuals born with an alcoholic beverage in their hand. Anyone who is experiencing a problem with drinking must, at some stage in their life, have learned to use alcohol in a risky and problematic manner. Alcohol misuse can thus be understood in terms of a simple, perhaps obvious, formula:

We first learn to use alcohol in problematic ways through social interaction. Learning to drink is part of growing up in a culture in which the social influences of family members, friends, partners, peers and the media shape our behaviours and beliefs concerning alcohol. For example, we may see our parents reaching for a glass of wine to ease the stress of a hard day at work, or to enhance their ability to socialise at a party. When interacting with friends we may feel left out if we don’t have a drink, and we probably come across TV’s portrayals of the sexual prowess and power that drinking can bring. This type of learning is called modelling because it arises from our observation and imitation of the behaviour of people around us.

The second way of learning to misuse alcohol arises from its efficacy at making us feel relaxed: its reinforcement properties. As human beings we are wired up to engage in behaviours that gratify us. Drinking alcohol does just that. The reward we get from alcohol is actually twofold: it gives us feelings of pleasure, or a ‘high’, which is known as posi­tive reinforcement and it numbs negative emotions, such as anxiety, anger, low mood and worry, which is known as negative reinforcement.

The key point to note, however, is that the rewards of alco­hol use are very short term (from a few minutes to a few hours, if that!). In addition, many people mistakenly believe that alcohol is a stimulant because it initially makes us feel less inhibited and more relaxed (it gives us a high), but in reality (especially in larger quantities) it is a powerful anxiety-and depression-inducing substance.

On top of this, consuming alcohol does not offer any solution for dealing with negative emotions. After the drinking stops, the original negative emotions are still there, but are now compounded by the anxiety-and depression-inducing powers of alcohol.

Gradually, through this subtle process of giving in to short-term rewards at the expense of long-term costs, drinking alcohol may become the only well-learned habit for experiencing positive feelings and sensations and/or reducing tension and negative emotions. To make things worse, this habit may become automatic to such an extent that just smelling a pint of lager or seeing a pub will lead, before even noticing it, to a drinking spree. As we increase our use of alcohol we give ourselves fewer opportunities to prove that there are other ways, not involving alcohol, of dealing with life’s problems. A series of beliefs regarding the effects of alcohol (e.g. that it causes beneficial and desirable effects, that it is necessary for ‘functioning’, that it is difficult to control) will develop and aid the promotion of increas­ingly frequent and heavy use.

If you think that this article describes the behaviour or symptoms of someone you know, or even yourself, here are some useful support resources and charities which can help you to deal with issues surrounding alcohol:

This article is extracted from Overcoming Alcohol Misuse by Marcantonio Spada. It is part of the Overcoming series, which uses clinically proven techniques to treat long-standing and disabling conditions, both psychological and physical. Its aim is to enable people with a range of common problems and disorders to take control of their own recovery programme. 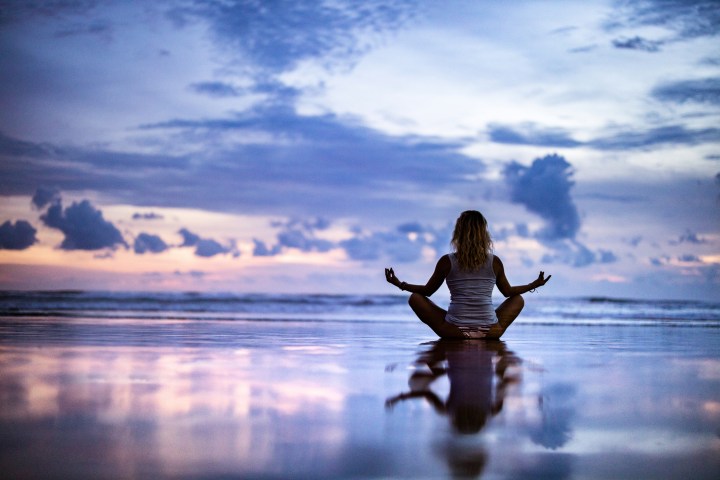