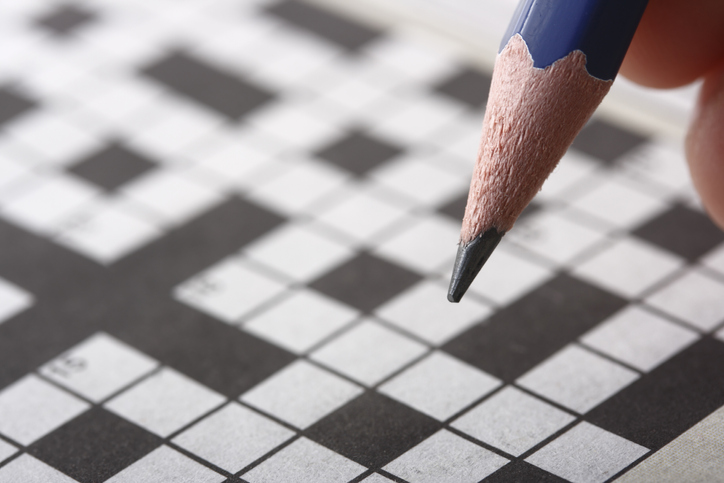 Are you baffled by cryptic crosswords? Do you want to increase your word power and exercise your brain, but can’t make any sense of the clues? There is no secret formula to cracking the cryptic crossword. Anyone can do it. This article will start to show you how.

There is something very satisfying about completing a crossword puzzle. Crosswords present a challenge. They make you think. They help you to keep your brain function in good working order and slow down the memory loss that inevitably creeps up on us as we get older. In fact, solving a daily puzzle has been shown to help reduce the risk of dementia and Alzheimer’s, or at least to delay its onset.

From the simplest clues you might find in a magazine’s ‘coffee break’ puzzle page to the real stinkers in the more high-brow daily newspapers (the sort of clues that can take hours to understand, let alone solve!) there is a definite sense of achievement when you see those little white boxes in the grid slowly filling up as you get nearer and nearer to completing your puzzle.

It’s a fascinating hobby that costs very little to pursue. Unless you are taking the whole thing very seriously indeed and travelling the world to compete in crossword competitions (and, yes, some people do!) it ’s usually just the cost of a magazine, newspaper or puzzle book, and the pen or pencil needed to write in the answers!

Filling in a crossword helps to pass the time on boring train journeys, and gives you something relaxing to do while you drink your morning coffee, laze in a hot bath or have your hair done. But ‘doing’ a crossword offers much more than just an hour or two of idle fun. It can also help us to improve our spelling and vocabulary, expand our general knowledge and, if we manage to finish it, boost our self-esteem. A bit like playing a game of Scrabble or Boggle, it lets us explore language, learn new words, and play around with letters in a fun way – but without the need for a board, a timer or an opponent. Crosswords are usually a much more solitary pursuit, which makes their successful completion all the more satisfying. And we all like to feel intelligent, and proud of ourselves, from time to time!

But, of course, crosswords can be infuriating too. There have been many times when I’ve sat for hours, pen in hand, unable to concentrate on anything else, determined to finish a devilishly difficult puzzle, no matter how long it takes. And nights when I’ve been unable to go to bed knowing that there is still one unsolved clue staring up at me. There have even been a few occasions when I’ve been forced to admit defeat and had to wait a day or two for the answers to be published in a later edition of the newspaper before achieving anything like peace of mind. That’s how addictive crosswords can become.

So, how do we know that this is what is required? How can we spot an ‘answer in the question’ clue? Just as in anagrams, we can expect three parts to the clue:

Here’s a very easy clue to show you what I mean:

Relationship is concealed during operation (5)

In the following more complex examples, the answer each time is spread over two words in the clue, so may not be so immediately clear:

This clue is constructed on very similar lines to the first one, and even uses the same pointer word ‘concealed’. Here we can see that there must be a word meaning ‘snake’ hidden in the phrase ‘skimpy thong.’ Don’t get put off by the space between the words. Even though the answer here is hidden within a two-word phrase rather than in a single word, it is still there in its entirety, with all the letters in the right order, and remains relatively easy to spot.

Type of house millions live in (4)

The pointer that lets us know the type of clue this time is an even more obvious word than ‘concealed’ – it’s the very simple ‘in’. Can you spot a type of house hidden in the wording of the clue? Again, ignore the spaces between the words.

Our pointer here is again the word ‘in’. In this example, we are looking for a word meaning ‘afternoon nap’ and will find it in the two-word phrase ‘Maisie’s tavern’. Again, ignore the space between the words, and don’t be confused by the presence of the apostrophe, or of any commas, question marks or even full stops that might turn up in similar clues. Learn to ignore punctuation. Pretend it isn’t there. Just find the right sequence of letters and you will have your answer.

Just as in the long list of possible anagram ‘pointers’ we saw in the previous chapter, there are lots of different ways a crossword compiler is able to indicate that a clue is of the ‘answer hidden in the question’ type. Here are a few words and phrases to consider, but there are many other possibilities:

A little trick that crossword compilers may sometimes play is to use a variation of this type of clue – one where the answer is still hidden within the question, but the letters are not necessarily adjacent to each other. Now all we need to do is to pick out alternate letters to find the answer.

The signs for this type of clue are similar to those above, but the pointer can be a little more subtle and sneaky. Here’s an example:

What we do have instead is the word ‘occasionally’. We might spot our answer if we look at occasional or alternate letters instead of a straightforward reading of letters all in a row. Read the alternate letters in both the words ‘chain’ and ‘prison’, trying out both the odd and the even ones, and the answer will suddenly become clear. The answer is still there in the clue, but not so immediately obvious until we work out  that we are expected to do.

Here are another two ‘alternate letters’ clues as examples of how it’s done:

‘Odd’ is our pointer here, telling us not only that we are looking for alternate letters but that it ’s the odd, not the even, letters that will help us. So, it’s letters numbered 1, 3, 5 and 7 of the phrase ‘sold one’ that will give us our four-letter answer – a kind of fruit.

Man perhaps insulted now and then (4)

The pointer here is the phrase ‘now and then’ – another way of telling us to look only at alternate letters. Although we are not told whether it’s to be the odd or even letters this time, it is clear that we are to look at alternate letters within the eight-letter word ‘insulted’ to find the answer. And there it is! Not the type of ‘man’ you probably expected, but that’s the art of the cryptic clue – making you think laterally, throwing in the occasional unexpected meaning and requiring a small degree of general knowledge, in this case of geography.

But why is the word ‘perhaps’ there in the clue? This is a word often used to indicate an anagram, but not on this occasion. It is there simply because Man is just one example of an isle, but not the only one. So – perhaps Man, or perhaps some other island? The clue could as  easily have said ‘Man or Wight perhaps’, but that would have given the game away, and really wouldn’t have worked to deceive us quite so well, would it?

So, the alternate letter clues have their own vocabulary of pointer words and phrases too. Here, including those we have looked at above, are just a few of the many possibilities:

occasionally, odd, now and then, alternate, once in a while, oddly, even, evenly, not every, taking turns, regularly, in odd places . . . 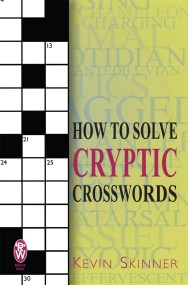 How to Solve Cryptic Crosswords

Expert crossword compiler and solver Kevin Skinner shows in easy steps how to solve those trickier puzzles. Once you recognize the type of clue used, you're half way to finding the answer. Learn to spot:

Work your way through the example crosswords provided and hone your new-found skills. The explanations show how the answers are arrived at, so you can see precisely how each clue works. Next time you come across a clue of the same type, you'll be able to tease out the answer for yourself and beat the compiler at their own game! 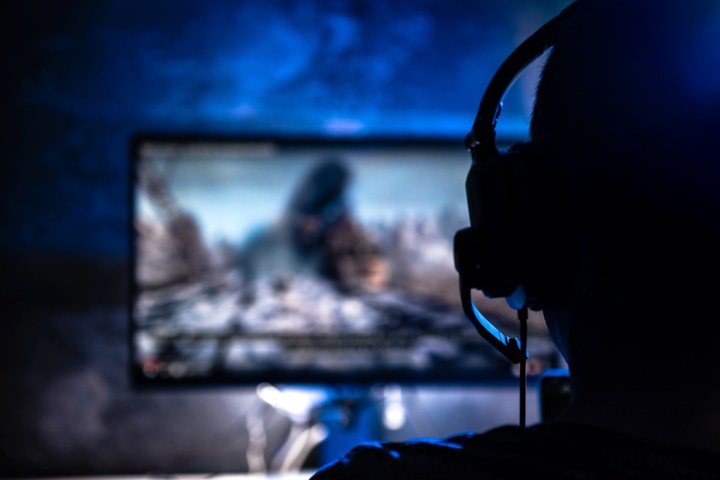 How games can teach us about choice 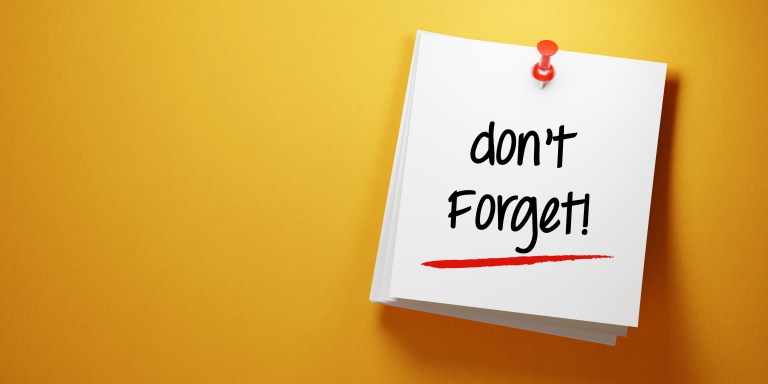 How to Improve your Memory